ZipSit was created by parents, for parents, with the ultimate goal of making parents and sitters lives easier!

We are passionate about simplifying parent’s lives.

ZipSit was born from the traditional inefficiencies parents face trying to find, communicate, schedule, and pay sitters. Tired of constantly struggling with the sitting process, ZipSit decided to do something about it. ZipSit was created over two years ago, with the mission of simplifying parents and sitters lives by providing an efficient means for managing all aspects of the sitting process. Parents were looking for a quick and reliable way to book trusted sitters. Sitters were looking for an easy way to manage their communication with families from their smartphones. ZipSit created and launched its app in 2016 and have been making parents and sitters happy ever since.

Forget about contacting 5 different sitters the next time you want to go out. Uncomfortable negotiations? Never again. Last minute trips to the ATM & rounding up to pay the sitter are things of the past. The ZipSit app is the easiest way to connect, manage, schedule and pay sitters – all for free. Today, ZipSit leads the mobile sitting revolution, bringing on-demand sitting to families everywhere. ZipSit continues to be the highest-quality mobile sitting application available anywhere. 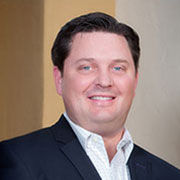 Peter is the co-founder and CEO of ZipSit and Managing Partner and co-founder of Exeter Financial, an investment firm headquartered in Scottsdale, AZ with over $400 million under management.

Prior to co-founding ZipSit and Exeter Financial, Peter served as Managing Director for Friedman, Billings, Ramsey (“FBR”). Prior to his tenure at FBR, Peter served as a Senior Vice President for Bank of America. In addition to co-founding two companies, Peter has been blessed to work with and invest his and his clients’ money in some very successful startups such as Lifelock and PointInside.

Peter received both his undergraduate degree and Master of Business Administration from the University of Arizona. 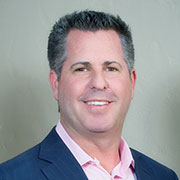 Josh brings extensive experience in developing marketing strategies and operations across more than a dozen industries, including consumer products and technology. Josh was the Founder and President of Dr. Soothe, a consumer brand providing hot and cold therapeutic products for neck, shoulder and back pain; Josh sold Dr.Soothe in 2018. Prior to Dr. Soothe, Josh was CEO of Resperion, a global provider of road engineering technologies. Resperion completed numerous road projects across the globe, including the construction of the 390km Kabul to Kandahar highway in Afghanistan.

Josh holds a Master’s degree in Business Administration and a Bachelor’s degree in Economics from the University of Arizona. 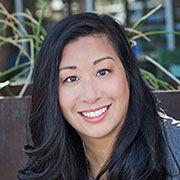 Meet the ZipSit Advisory Board 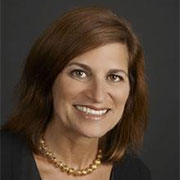 Hilary Schneider is Wag!’s CEO. Most recently, Schneider served as CEO of LifeLock, the leader in identity theft protection. Schneider joined LifeLock before it went public and served through LifeLock’s sale to Symantec for $2.3 billion in March 2017. Prior to LifeLock, she was Executive Vice President of Yahoo! Americas and EVP of Knight Ridder. She received her undergraduate degree from Brown and her MBA from Harvard. 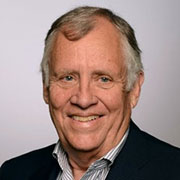 Mr. Coleman was appointed as President of DreamWorks Animation SKG, Inc. in December 2005 and served as Chief Financial Officer beginning March 2007 until his appointment as Vice Chairman in July 2014. In addition, Mr. Coleman was a member of the board of directors of DreamWorks Animation from October 2004 until December 2005, and again from December 2006 until January 2015. Mr. Coleman served on the board of directors of Northrop Grumman Corporation from 2001 until November 2012 and as lead independent director and non-executive Chairman from January 2010 until July 2011. He was the President of the Gordon and Betty Moore Foundation from its founding in November 2000 to December 2004. 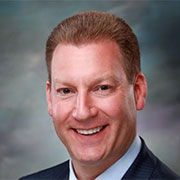 Todd Davis was named executive vice chairman of LifeLock, Inc., in March 2016. In this role, Davis helps support the
business in a variety of ways by capitalizing on his skills and experience as a pioneer in recognizing identity fraud as a serious consumer issue. Previously, Davis was the company’s chief executive officer.

Davis helped found LifeLock in 2005. In 2009, he received the Ernst & Young Entrepreneur of the Year award for Orange County/Desert Cities region for a Top Emerging Company. In 2010, the company debuted in eighth place on the Inc. Magazine 5000 list of fastest-growing private companies in America.

Davis has led LifeLock from a startup to a successful, publicly traded company. Currently, LifeLock has nearly 800 employees in four locations, which include its Tempe headquarters and three California offices. In 2015, the company recorded revenues of $587 million and had 4.2 million members by year’s end.

Deloitte Consulting included LifeLock on its 2014 Technology Fast 500, a ranking of the 500 fastest-growing technology, media, telecommunications, life sciences, and clean technology companies in the U.S. and Canada. Also in 2014, the Phoenix Business Journal recognized LifeLock as one of the publication’s Best Places to Work.

Davis began his professional career at Dell Computer. Prior to leading LifeLock, he served as a managing partner of a successful marketing organization and was an executive in multiple technology startup companies.

Davis currently serves on the board of directors of GetInsured, LifeLock, and Conquer Paralysis Now. He holds undergraduate degrees in entrepreneurship and management from Baylor University. 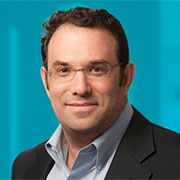 Ori Eisen has spent the last two decades fighting online crime. He is currently the founder and CEO of Trusona, provider of the world’s first insured authentication solution. Prior to founding Trusona, Ori founded 41st Parameter – the leading online fraud prevention and detection solution for financial institutions and e-commerce. 41st Parameter was acquired by Experian in 2013.

Prior to 41st Parameter, Ori served as the Worldwide Fraud Director for American Express focusing on Internet and counterfeit fraud. During his tenure, he championed the project to enhance the authorization request to include Internet specific parameters. Prior to American Express, Mr. Eisen was the Director of Fraud Prevention for VeriSign/Network Solutions. By developing new and innovative technologies, he skillfully reduced fraud losses by over 85 percent in just three months.

Ori is often quoted by industry insiders, and receives numerous invitations to keynote industry events and conferences. He holds a Bachelor of Science degree in business administration from Montclair State University and more than two dozen cybersecurity patents. In his free time, Ori volunteers with Thorn, the digital defenders of children. He founded Ball to All, a charity that donates free soccer balls around the world to children who have never had one. He is a founding member of Security Canyon – Arizona’s Cyber Security Coalition. He resides in Scottsdale and is married with two children.

Lori Puccinelli Stern, a fifth generation San Franciscan, started her career in San Francisco immediately after college, where she took the job as the Jr. Marketing Director for special events at the San Francisco Gift Center Pavilion. She spent three years producing, managing, and publicizing industry parties and corporate VIP events – and grew the business by 130%. Lori then accepted the job of PR Manager for Planet Hollywood San Francisco. Within five years, and after two promotions, she was named the National Director of Public Relations for Planet Hollywood Corporate with over 30 markets reporting directly to her.

At Planet Hollywood, she led the efforts in generating strategic press exposure while garnering media awareness and positioning surrounding the global brand. Additionally, she spearheaded hundreds of press related parties, celebrity and notable affiliated events, world-wide promotions, and appearances. Several years later she joined the PR division at the celebrity endorsed and proprietary product affiliated internet company, One World Live. She traveled extensively for the company while heading all PR and branding efforts. Additionally, she executed celebrity/press/influencer web affiliated events and promotions nationwide for two years.

Shortly thereafter, Lori started her own Public Relations company, LAP Communications, where she served as CEO and Founder. She and her team represented entertainment, business, consumer, lifestyle, luxury, and sport related clients. When the opportunity was presented to join Glodow Nead Communications, Lori merged her company and accepted a Senior Executive position with John Glodow and Jeff Nead – where she is currently a Vice President and will celebrate her 12 year anniversary in February of 2018. Lori is married to technology executive and Honorable San Francisco Airport Commissioner, Peter Stern. They have two young children and reside in San Francisco, California. 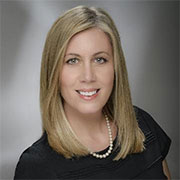 Kate Wells rejoined the Children’s Museum of Phoenix in December of 2013 as President & CEO. In this role, she leads one of the most loved and visited arts & cultural institutions in Arizona, with over 350,000 young children and families expected in 2017. Under her leadership, the Museum continues its focus on exceptional educational exhibits and programs focused on the unique developmental needs of young children ages 0-10, and will grow with educational outreach and advocacy centered around the vital importance of early childhood education.

Prior to re-joining the Children’s Museum, Kate was the Associate General Manager of Eight, Arizona PBS and was a founding member of Children’s Museum where as Director of Development and Communications, she successfully led a $25.8 million dollar capital campaign to open the museum.

A graduate of San Diego State University and Arizona State University’s Non-Profit Management Institute, Kate has an extensive background in strategic marketing and fundraising, and has consulted for ASU and over 25 Arizona non-profits. She enjoys volunteering in the community and has served on many boards and committees, is active in the downtown Phoenix community, and enjoys sports, gardening, reading and extreme travel.